Bruges is a city that I have wanted to visit for years and this summer I finally got to go.

Day 1: A free walking tour from my hostel was offered which was only about an hour long but was really fun and gave us exclusive access to bars etc. The guide was an english girl who had moved to Bruges a couple years ago and instead of making me pay for the tour she  offered to take me on a bar crawl if I paid for a couple of her drinks- win!.

After lunch I spent a few hours wandering the city without a map, it’s a very easy city to explore as everything is contained within the boundaries of the canal so you can’t really get lost! 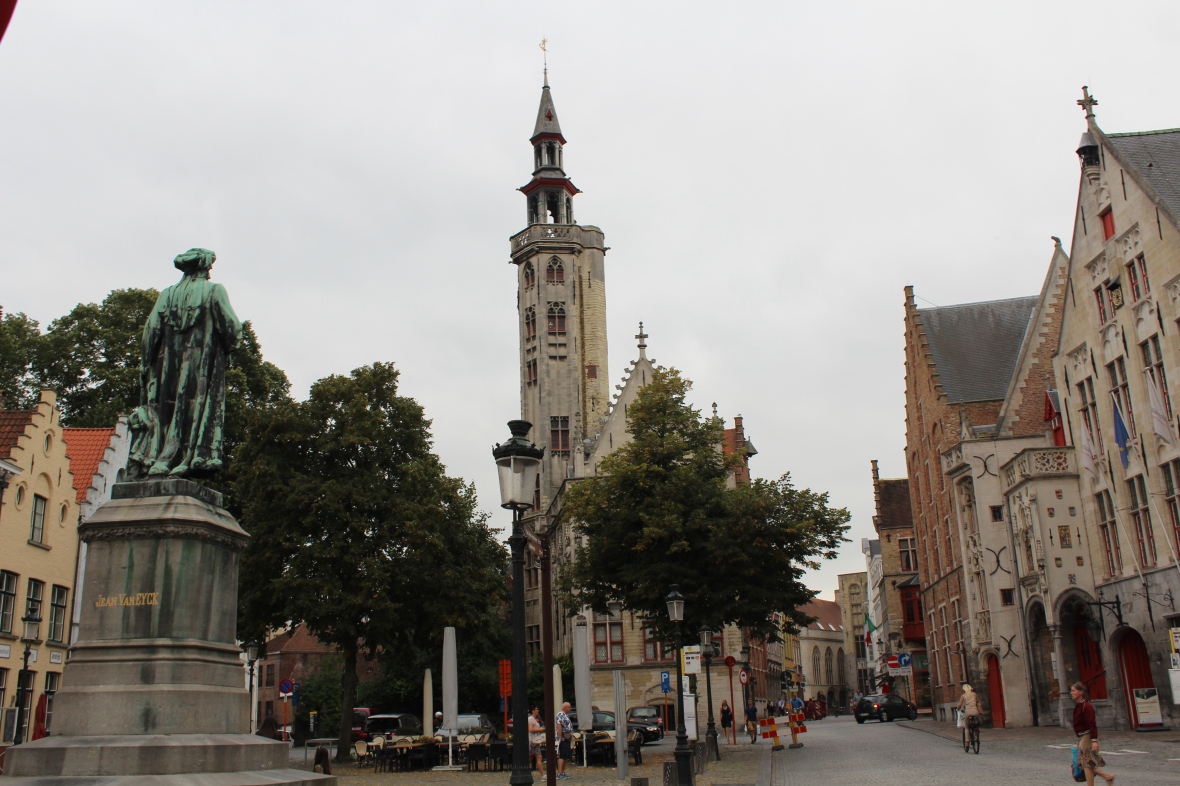 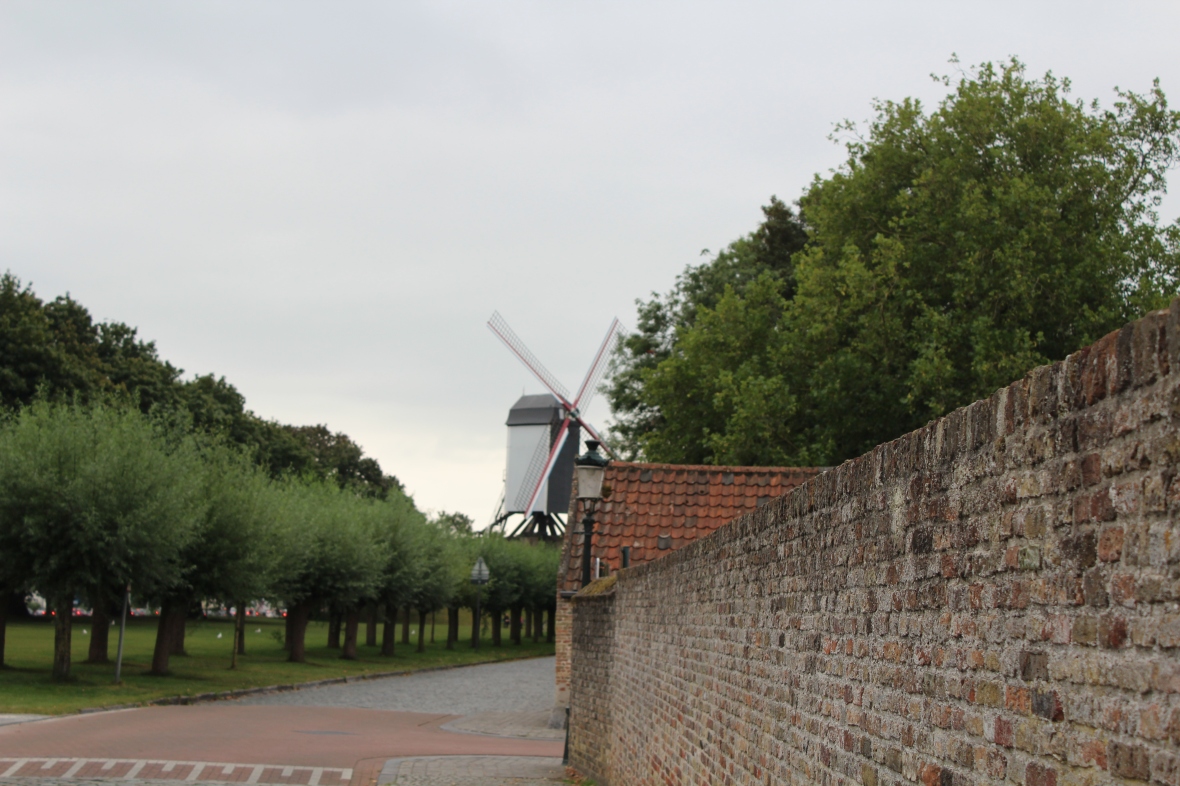 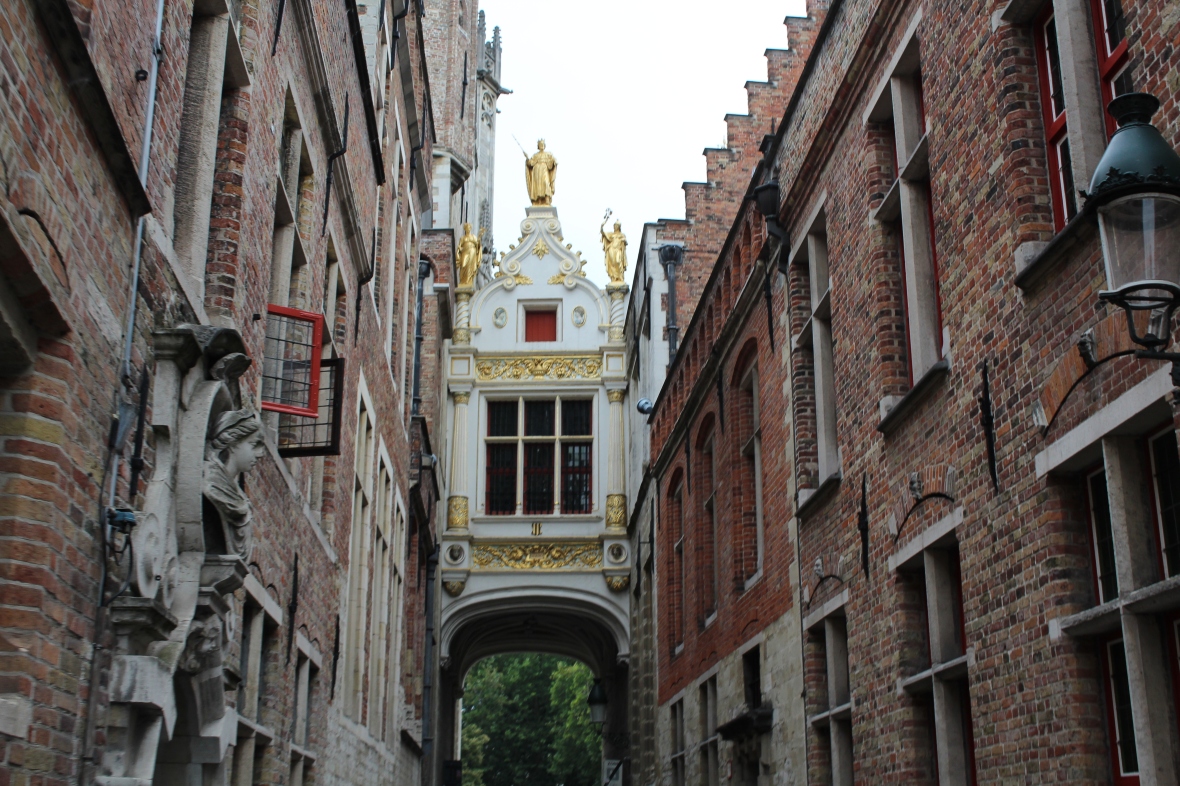 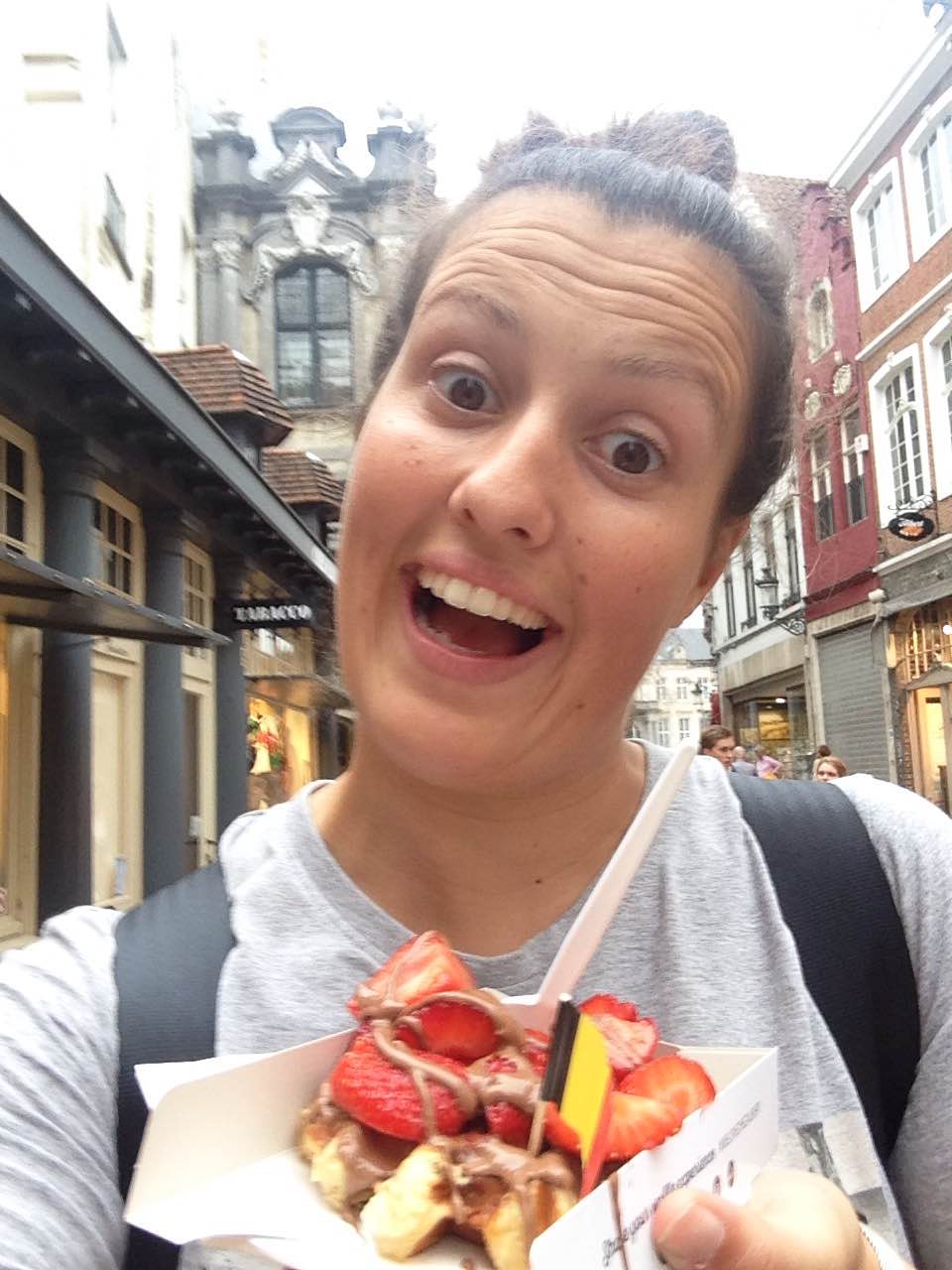 Back to the hostel for a quick nap to prepare for drinks with my new friend. Can’t remember much but I know that we went to a famous pub that sells 13% beer of which you are only allowed three (I doubt I had that many). Bruges is definitely one of those cities where you need to know its secrets- Belgium has over 250 beers and bars are selective about which they offer so some research is needed. I recommend buying a ticket for the Beer Museum as it has a bar exclusively for ticket holders which is really nice.

Day 2: Had to pack in a lot of sightseeing today as it was my last full day.

First on the list was to go up the Belfry. The tower has a cool history about how it was built but I mostly wanted to go up since seeing the film ‘In Bruges’ (if you’ve seen it you’ll know it plays a prominent part). True to the film it costs 8euros to go up and the 366 steps are quite strenuous (not suitable for citizens that are as wide as they are tall).

The view from the top is totally worth it- a 360 view of the city and you will hear the bells chime. 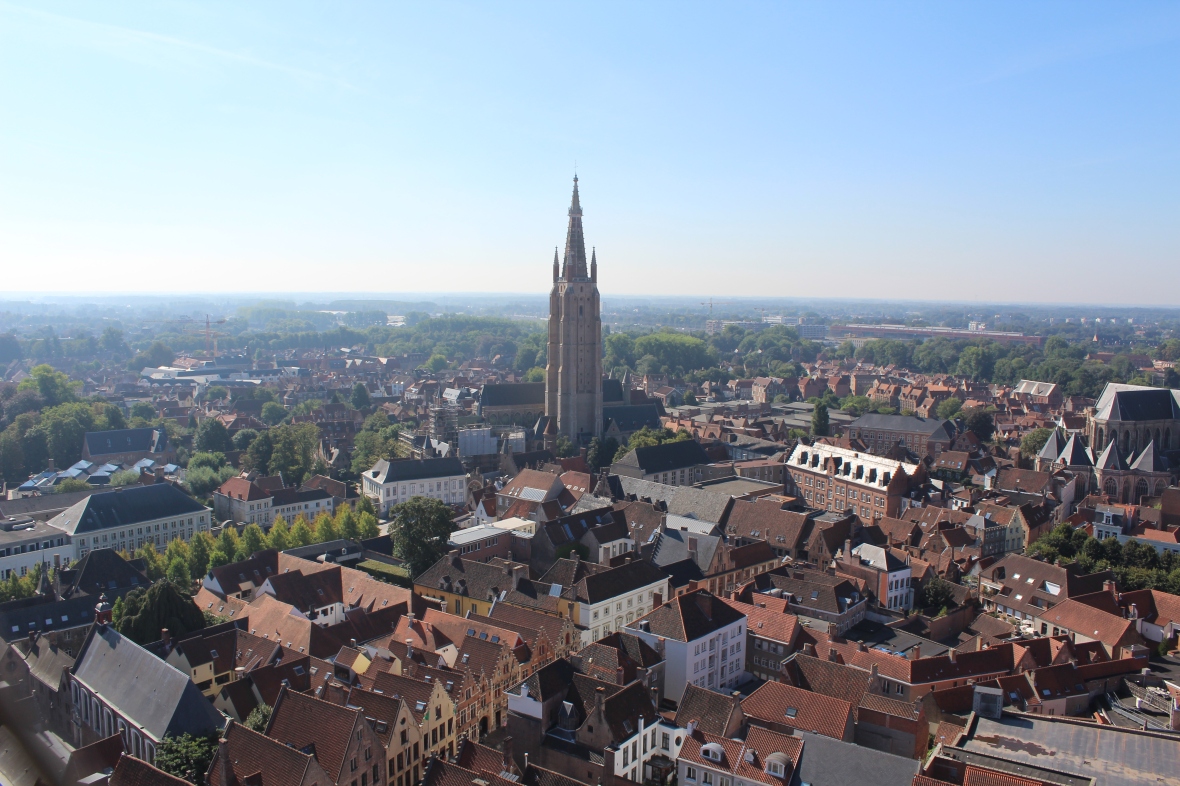 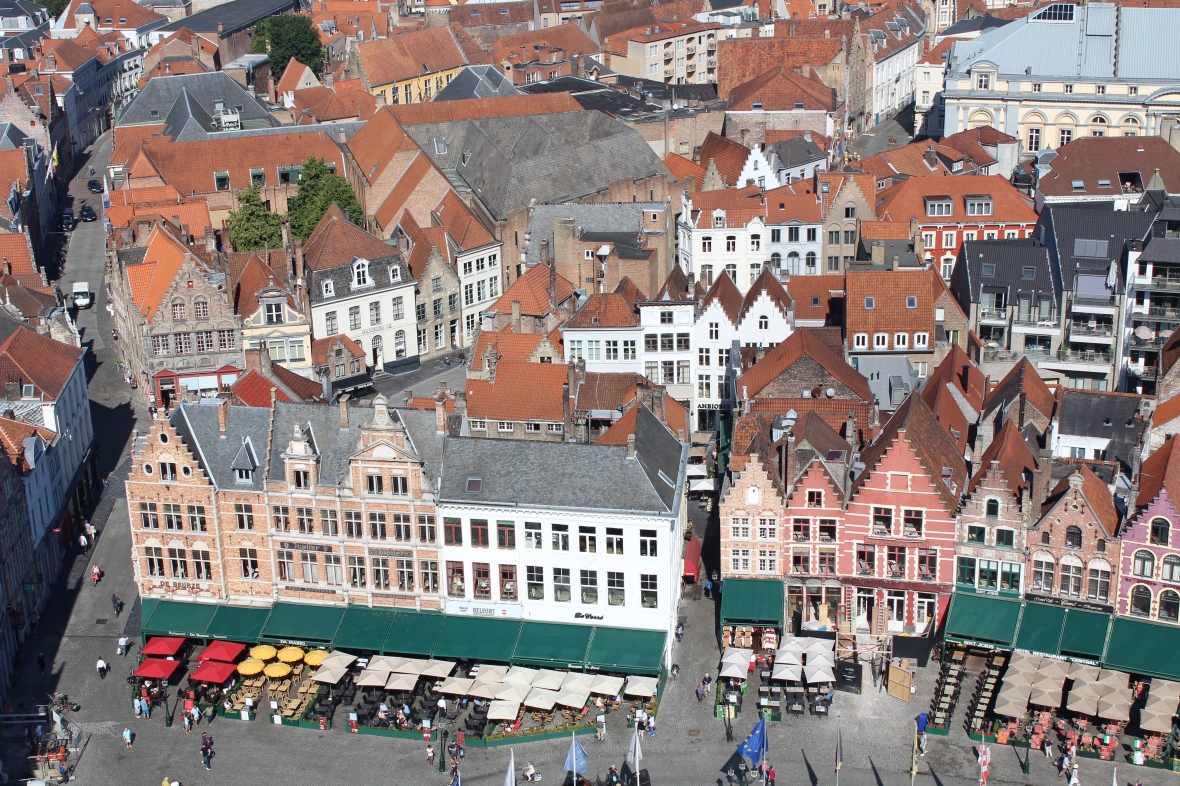 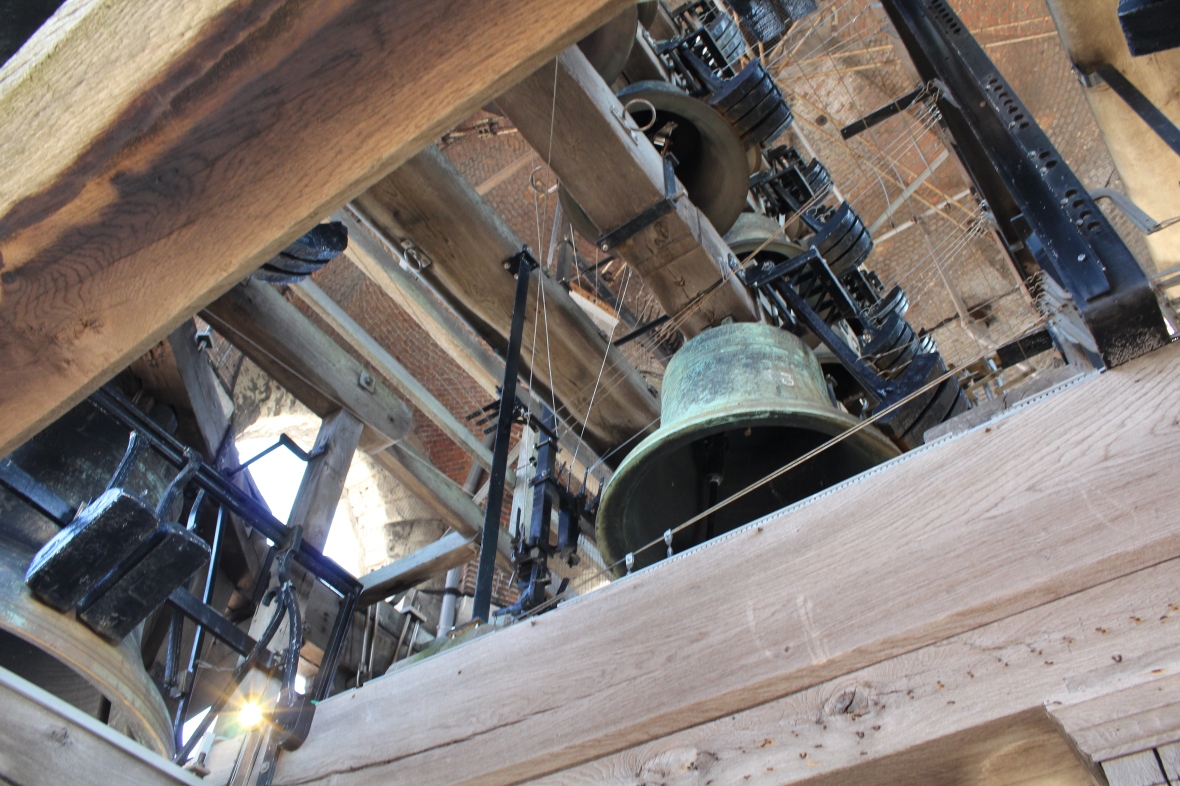 Next I walked to the Church of Our Lady which houses Michelangelo’s Madonna and Child sculpture. 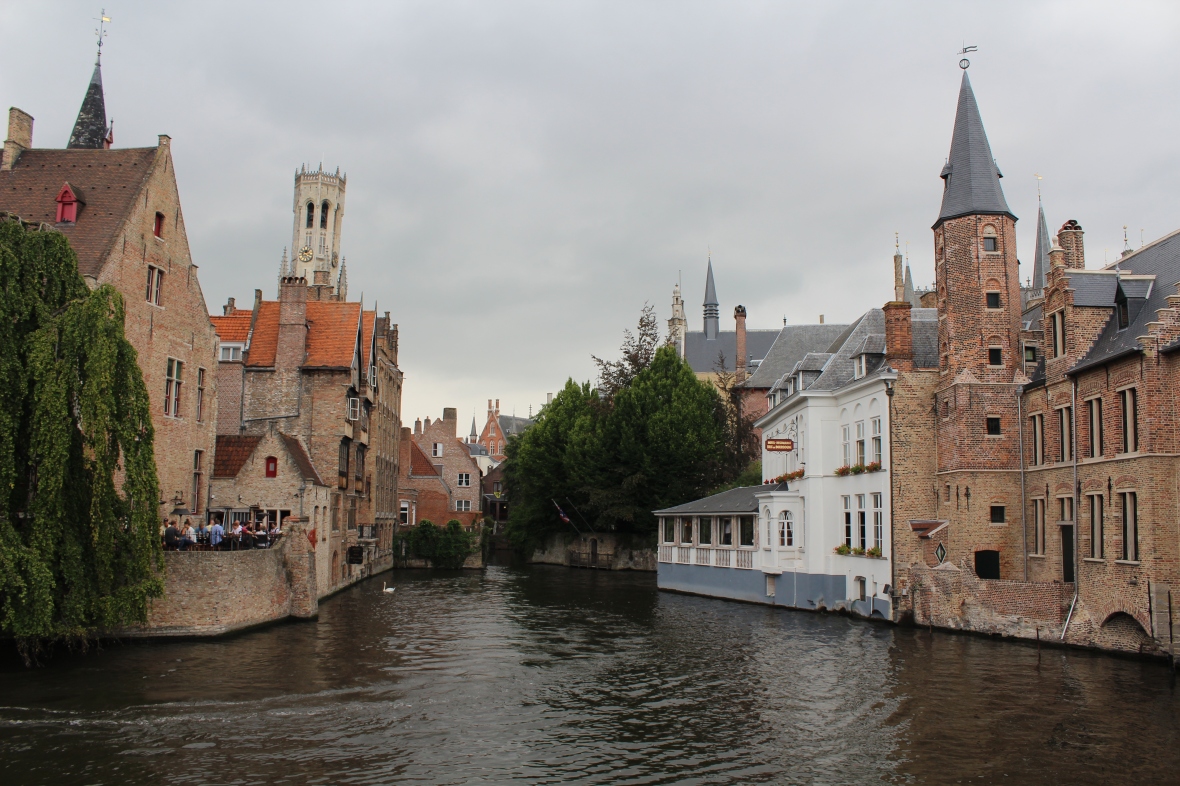 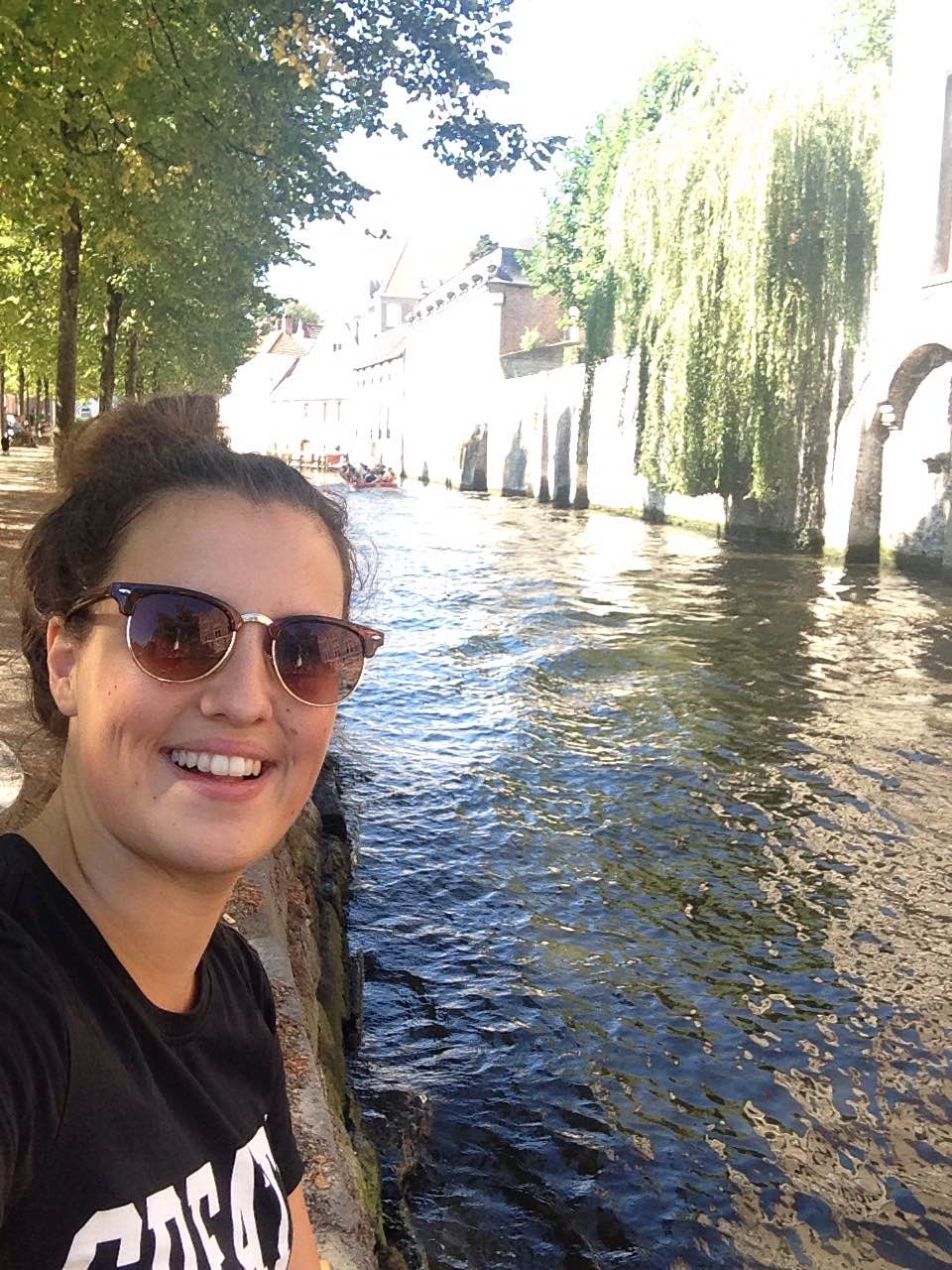 I then took a super touristy boat tour on the canal which was great fun and a really good way to see the city and buildings that you wouldn’t have come across on foot. 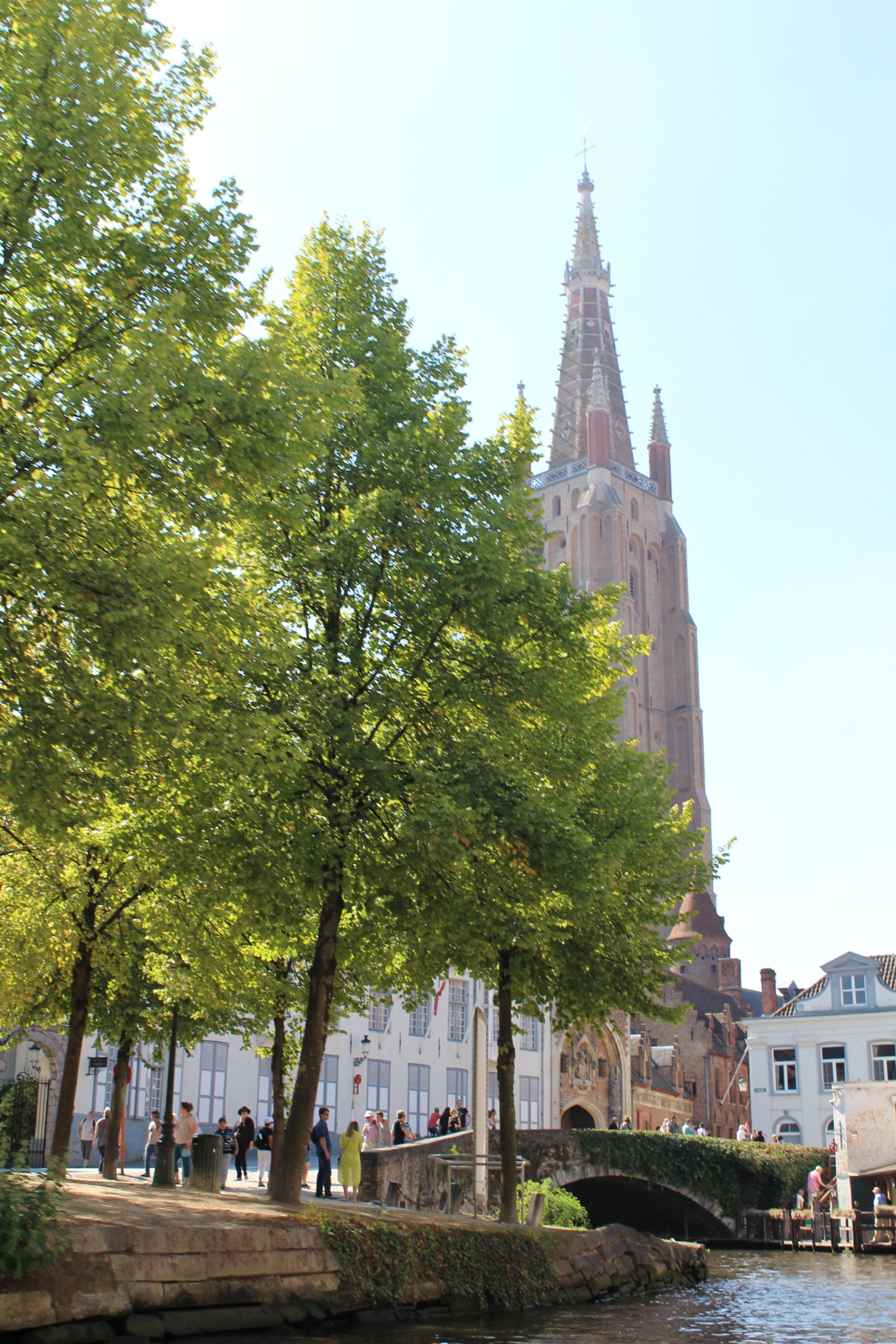 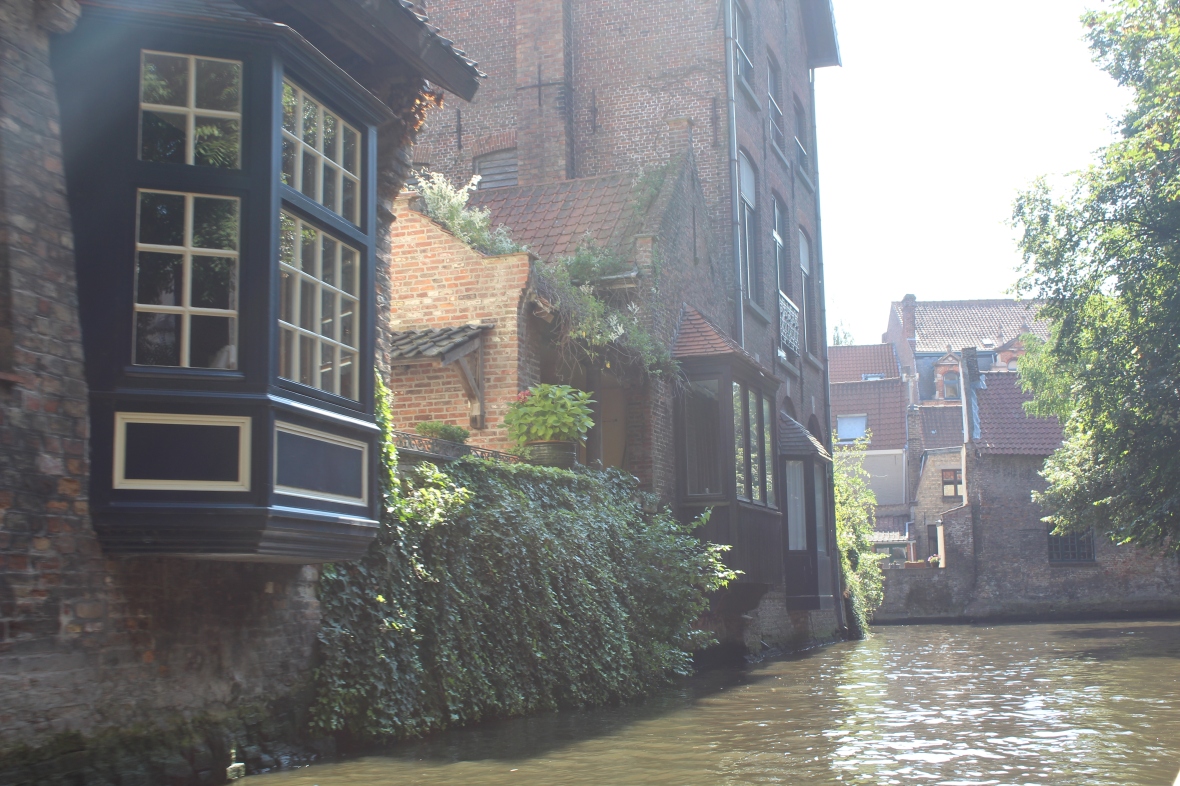 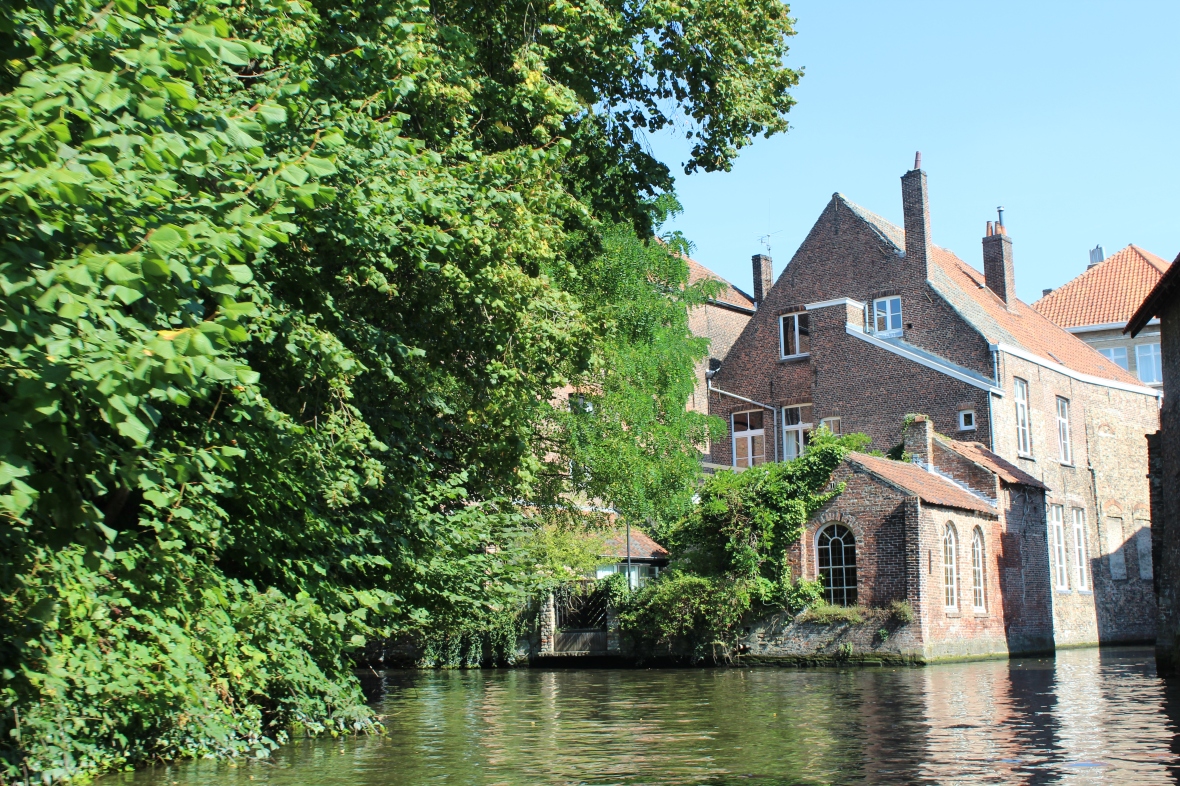 Since we were given interesting info on the boat tour about the Halfmoon Brewery, I headed there for a spontaneous tour. Booked the XXL one for 20euros which gave an hour long tour and three tasters of their famous beers in the bar afterwards. This beer tour was the best thing I did in Bruges- it was really interesting and if you flash a wink you can get four tasters instead of three! 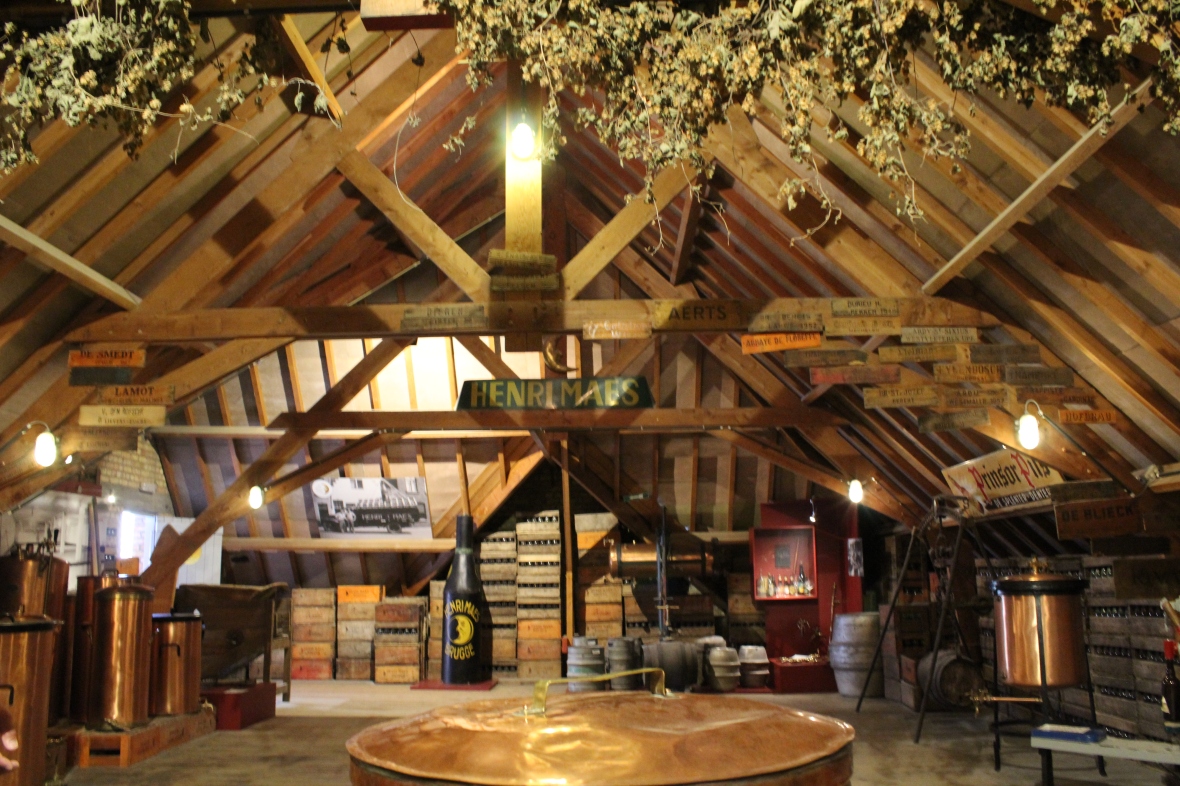 The alcohol content of the beers I drank increased from 6% to 11% so I left having to remember how to walk like a human and headed for the Minnewater Lake – I’m not sure if I found it but came across nice scenery anyway. 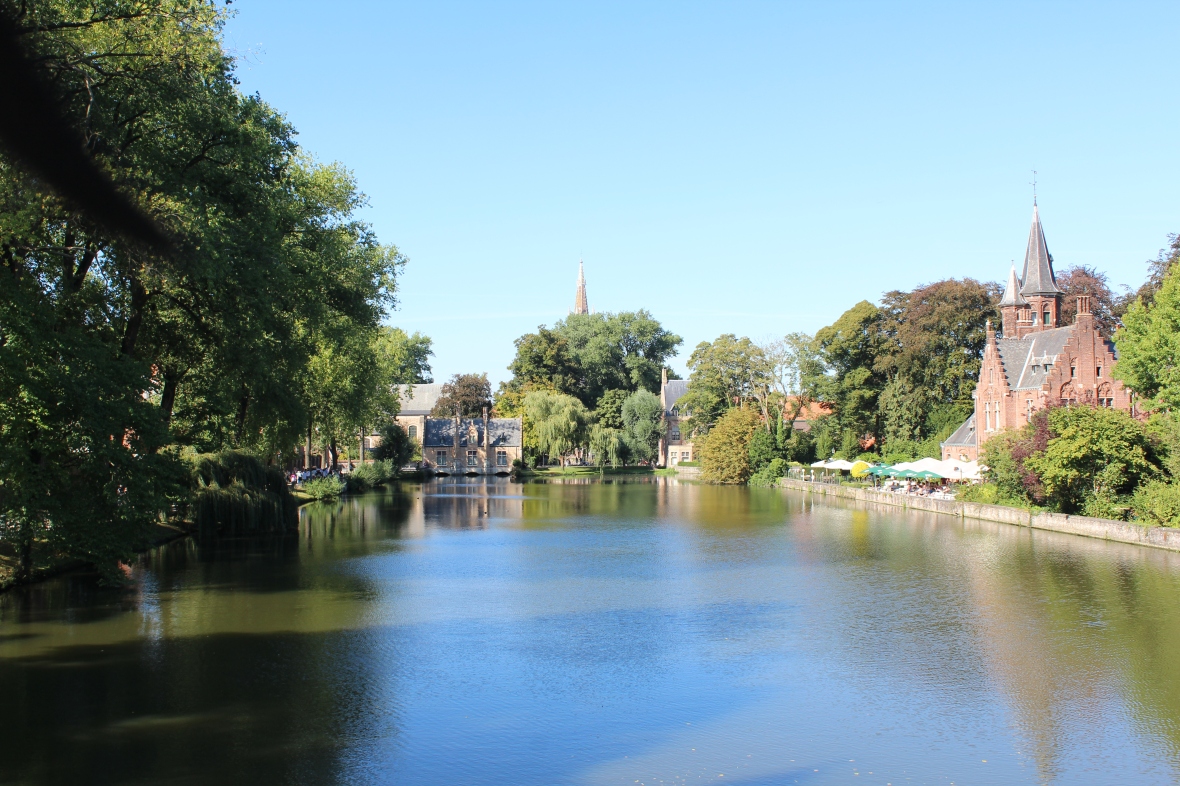 Back to the hostel via a gin shop where I did some tasting to buy myself a souvenir.

Having sobered up I went in search of a restaurant where I could eat Moules Frites. Found it but service was terrible and the staff were not friendly. My good mood was revived after an ice cream parlour made my dreams come true. 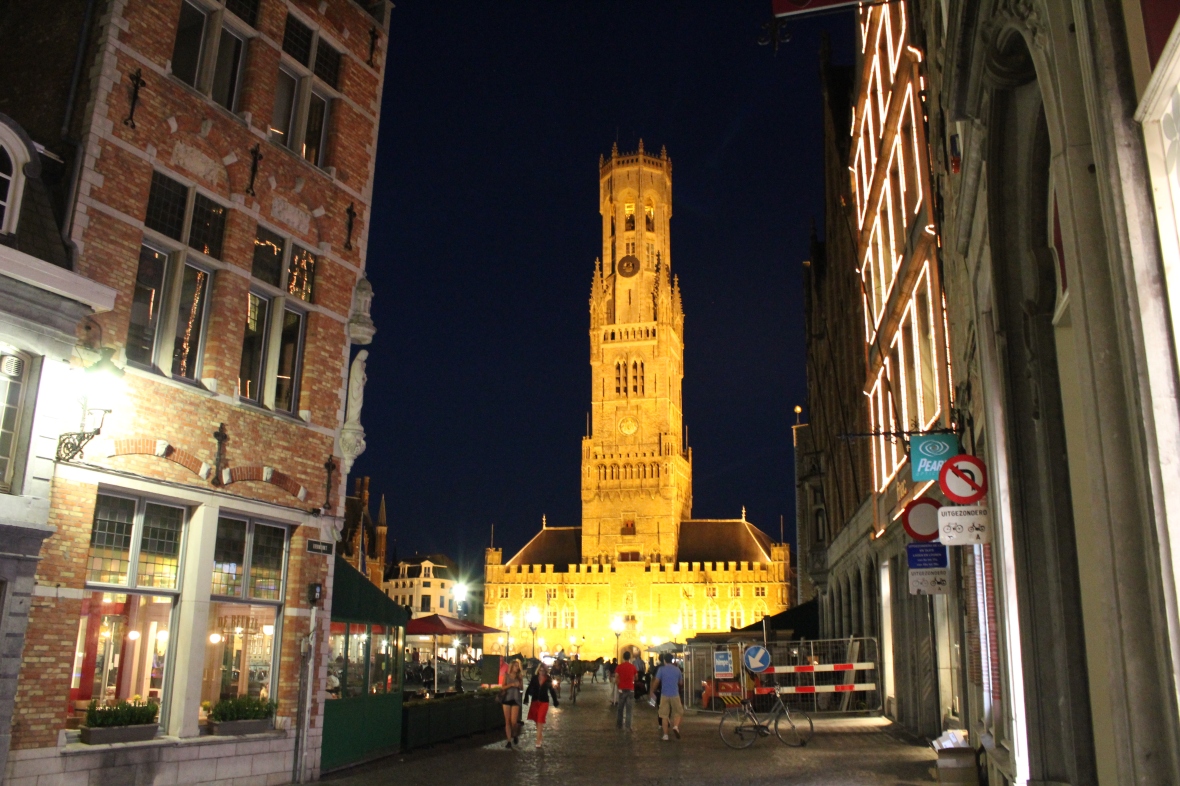 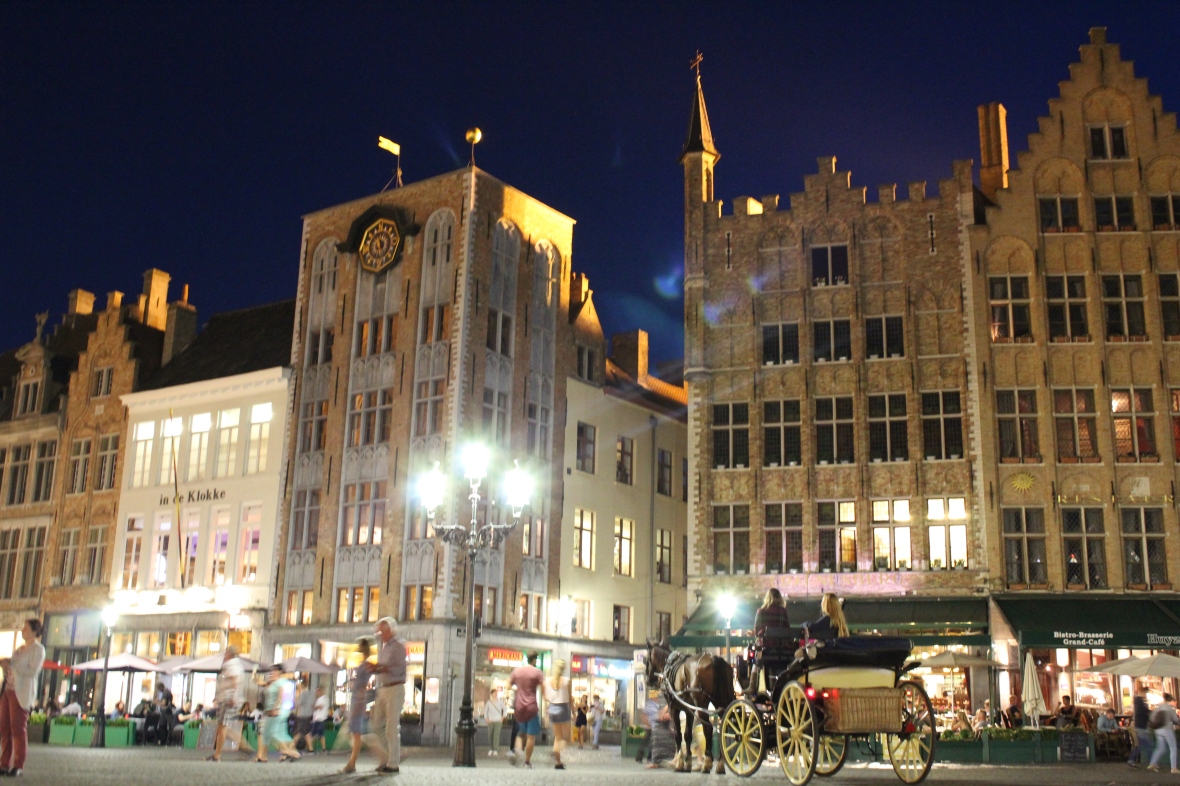 Bruges was stunning and I would definitely go back because I think it’s one of those cities that can keep being discovered even though it’s so small.